Acts 3:20,21 And he shall send Jesus Christ, which before was preached unto you: Whom the heaven must receive until the times of restitution of all things, which God hath spoken by the mouth of all his holy prophets since the world began.

As I was preparing for my session on a topic I was going through textual variants in the NT manuscripts and was surprised to find how the Catholic Church tried its best to belittle the Lord Jesus Christ.

We know the Jehovah’s Witnesses reject Jesus Christ as Lord God and project Him as an Angel who became man. The Muslims project Him as a Prophet and that too lower than Mohammed. The Catholics although say Jesus is Lord yet do not distinguish out his human form, even in Heaven they project Him in his human form. It is because of this that they manage to show Mary as His mother even after His resurrection and ascension to Heaven.

If we look at manuscripts especially after 10th century in many places they tried a lot to distort the text where Jesus is shown as the Jehovah of the OT. They do not know who God the Father is and who the Lord Jesus Christ is and how they are connected together in oneness that is why they believe in insane things like ‘Mother of God’ and totally distorted salvation. Sadly we have gulped lots of their nonsense unknowingly and still carry it.

Today’s scripture talks of Jesus’s second coming and then his ascension not as He is but in the glory which He had in the Father before the world was, and this happens only after He has restored all things unto Himself that too in its fullness. When we ourselves will not be humans but be transformed after resurrection then how can we even expect to see the man Jesus Christ in Heaven? Are we trying to deny Him the glory He is due after restoring all things for which He humbled Himself and became man?

Let us not belittle the Lord Jesus Christ as others do but know Him for there is power when we know Him and know His Name.

Lord You are Almighty God. Lord Jesus we pray your people see You and your hand from the beginning when You created all things and how You made us for a purpose. We pray they know how You are God and one in the Father, how You came from the Father and will return unto Him after completing everything. How we who will be part of You along with the Angels will be part of the Father…

John 1: 18 No man {being} hath seen God at any time; the only begotten Son, which is in the bosom of the Father, he hath declared [him].

John 17:5 And now, O Father, glorify thou me with thine own self with the glory which I had with thee before the world was.

John 16:28 I came out from the Father, and am come into the world: again, I leave the world, and go unto the Father.

Colossians 1:16 for in him were all things created, in the heavens and upon the earth, things visible and things invisible, whether thrones or dominions or principalities or powers; all things have been created through him, and unto him;

1 Timothy 2:5 For there is one God, one mediator also between God and men, [himself] man, Christ Jesus,

Professionally she is a Content Executive and a Creative Consultant for Digital Marketing inclusive of websites and web pages. Spiritually she loves to pray for everyone carrying any burden, she loves worshiping and bringing down the presence of God. If personally, you want to have a word with her, you can mail her on judiemanuel@gmail.com. Ping me on Facebook, Instagram and Twitter! It's great to have a wonderful conversation! “And I will make you a great nation, And I will bless you, And make your name great; And so you shall be a blessing; And I will bless those who bless you, And the one who curses you I will curse. And in you all the families of the earth will be blessed.” – Genesis 12:2 View all posts by WC 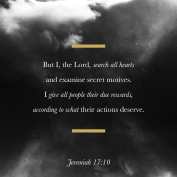 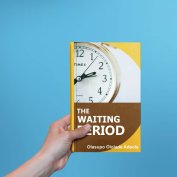 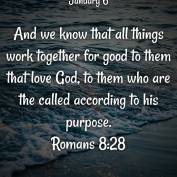 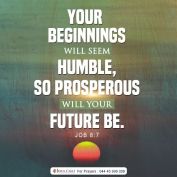